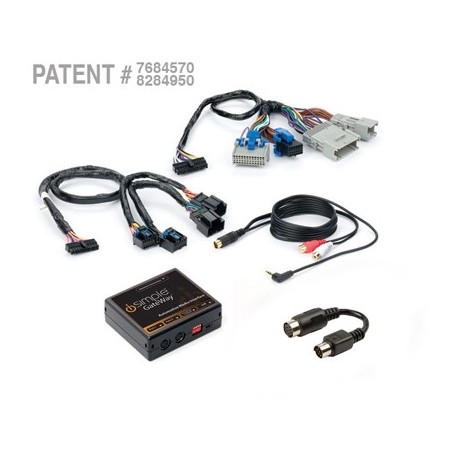 Connect and control the Sirius XM tuner from the factory radio and steering wheel controls (where equipped). Text from the tuner is displayed on the factory radio, and audio plays back through the vehicle’s sound system.

Control the advanced playback features of the SXV tuner including the ability to tag an artist, song or sports game and be alerted whenever they are playing. The GateWay has the ability to store 50 artists, songs or games in any combination.